Bloomberg - "That Boom You Hear Is Ukraine’s Agriculture" 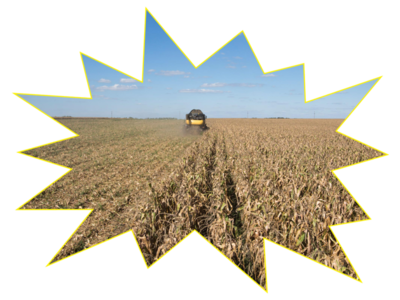 
With the conflict frozen, money is flowing to modernize farms

Ihor Makarevych bumps along the pitted roads to his fields, talking about warfare and his crops. When conflict broke out in eastern Ukraine in 2014, helicopter-launched heat flares scorched his land. Later, 19 of his employees were conscripted into the army. “There were nine road checkpoints installed by Ukrainian soldiers near our farmlands,” says the 52-year-old, who was an officer in the Soviet Army in the 1980s.

Makarevych is chief executive officer of Agrofirma Podolivska, which manages farmland in Ukraine’s Kharkiv region, to the north bordering Russia and to the east, the Donetsk and Luhansk regions, partly controlled by separatists. Despite that proximity, when he arrives at his fields, the war seems far away. Semi-automated New Holland and John Deere combines are starting to harvest corn and sunflowers, following choreography developed by Kharkiv-based coders. Farmers check moisture levels on monitors inside their cabs, while deep-yellow grain is cut against a blue sky, the colors of the Ukrainian flag.

The corn and sunflowers will make their way to the ports of Odessa and Mykolayiv for export, sold to Archer Daniels Midland, Cargill, and other multinationals as part of the stream of grain and oilseeds that makes Ukraine the world’s fifth-biggest seller of wheat and other grains. Companies are betting that global appetites will increasingly rely on Black Sea soil even as obstacles to growth remain. “Ukraine is a big answer to the question of how you feed the world,” says Steve Pifer, a former U.S. ambassador there who’s now with the Brookings Institution. “But it’s a complex place to do business.”

With Russia occupying the Crimea region and a frozen military conflict in the east that sometimes heats up, Ukraine has been attempting to fix itself ever since the 2014 Maidan revolution, which replaced a pro-Russian government of Viktor Yanukovych, a protégé of Vladimir Putin, with a pro-European one.
The country’s agricultural superpowers start with its soil, called chernozem, or “black earth.” High in humus and natural fertilizers, it’s celebrated by agrarians for its fertility. “In Iowa, good black soil may be a foot deep,” Pifer says. “In Ukraine, it’s three or four feet deep.” Proximity to the European Union, Middle East, Russia, and Africa provides natural markets. So does suspicion of genetically modified crops. Ukraine’s non-GMO corn varieties have made it China’s No. 1 source, helping to turn the former Soviet breadbasket into a global player.

Ukraine sold $7.6 billion of bulk farm commodities worldwide in 2015, quintupling its revenue from a decade earlier and topping Russia, its closest rival on world markets. By the mid-2020s, “Ukraine will be No. 3, after the U.S. and Brazil,” in food production worldwide, says Martin Schuldt, the top representative in Ukraine for Cargill, the world’s largest grain trader. The company, headquartered in Minnetonka, Minn., saw its sunflower-seed processing plant in the Donetsk region overrun by separatists in 2014; it still can’t regain access to the facility. Nonetheless, the company is investing $100 million in a new grain terminal in Ukraine. Bunge, the world’s biggest soy processor, opened a port this year at a ceremony with Ukrainian President Petro Poroshenko—another vote of confidence in the country. 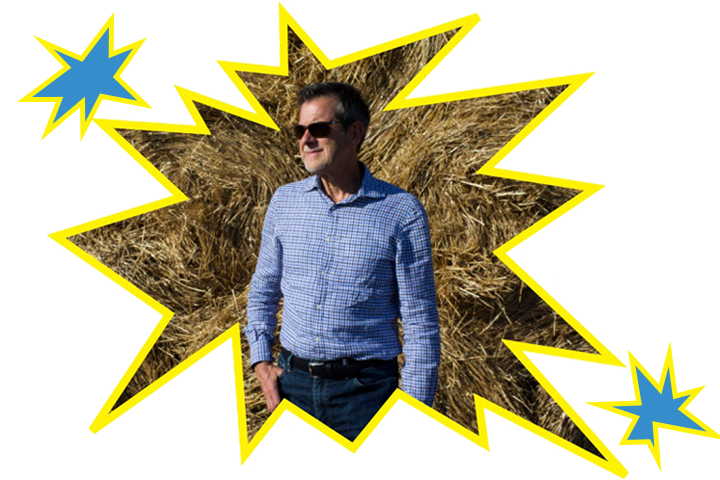 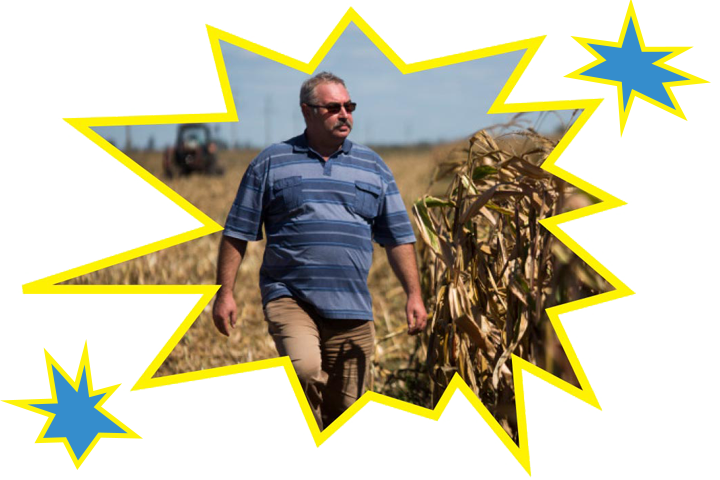 Conflict in what’s broadly referred to as the Donbas pretty much hasn’t spilled over to the rest of the country, says John Shmorhun, CEO of AgroGeneration, a company in the portfolio of SigmaBleyzer Investment Group, a global private equity firm based in Houston. AgroGeneration owns Agrofirma Podolivska, which cultivates part of the 120,000 hectares (296,500 acres) of land it operates in Ukraine. It would like to have more land. “I know that if I take someone else’s land, I can double, triple the yield,” says Shmorhun, a Ukrainian American and ex-U.S. fighter pilot who led Ukraine operations for DuPont before moving to AgroGeneration.

About 1 in every 6 acres of agricultural land in Ukraine isn’t being farmed. Of land in production, Shmorhun says only about a quarter is reaching yields on the level of those in the developed world, because of lower-quality seeds, fertilizers, and equipment. “It’s a huge upside. It’s mind-boggling,” he says. Despite occasional saber rattling, the country is stable, he says. “The way I look at the war today, there is a conflict zone. You draw a line around it.”

Land reform in the years immediately after Ukrainian independence in 1991 left title to much of the farmland in the hands of former Soviet farmworkers and their descendants, along with the government. Legally, no one can sell it—companies such as AgroGeneration have grown by signing long-term leases with owners for parcels as small as 5 acres. But the uncertainty of land titles has deterred investors and kept farmers from expanding, says Pifer, the former U.S. diplomat.

“Lack of cheap funding is a big obstacle,” Shmorhun says. “If you want to get higher quality, you must invest in infrastructure, including roads, grain elevators, dryers, storage.” Average long-term borrowing costs exceed 20 percent for loans in hryvni and 7 percent for loans in foreign currencies—at 26 to the dollar, the hryvnia is one of the world’s weakest currencies—making investments from any but the best-capitalized enterprises rare. “Without a mortgage market, farmers can’t finance better seeds or machinery,” Shmorhun says. That leaves the bulk of farmland to be tilled and harvested with 20th century, and in some cases 19th century, technology. Given the outmoded farm technology used by most, it’s remarkable Ukraine produces as much as it does.

Poroshenko supports creating a market for farmland, but the Parliament regularly extends the ban on selling agricultural property. Earlier in October, legislators backed a bill prolonging the moratorium through 2018, but the president has yet to sign it. The fear is that large Ukrainian companies and foreign investors will gobble up the land and displace small farmers.

Corruption also deters investors, Pifer says. “The judiciary now is basically the same as the one pre-Maidan,” he says. “If you’re worried that a contract may not be honored, you don’t expand.” And Russia continues to intimidate. Military drills in Crimea in September and the massing of troops across Ukraine’s eastern border in August were a reminder that cold conflicts can turn hot.

Despite the difficulties, Ukraine’s emergence as a global agro powerhouse may be a safe bet for a simple reason: The world needs more food, and Ukraine can produce it.

The bottom line: Ukraine’s black earth could make the country a world leader in agriculture, but problems of finance and infrastructure remain.