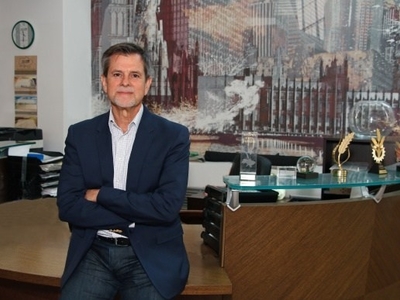 
AgroGeneration is one of the largest agricultural holdings in Ukraine not only in terms of cultivated acreage, but also in terms of operational efficiency. The company’s core business is grains and oilseeds farming. Operated farmlands of AgroGeneration are located in five regions of Ukraine – Sumy, Kharkiv, Zhytomyr, Lviv, and Ternopil. The holding is run by its CEO, an American with Ukrainian roots John Shmorhun. Propozitsiya.com asked him to share his opinion of the current situation with the agricultural sector in the country through the prism of an agricultural holding.

Q: You’ve been doing business in the post-soviet countries for 25 years. Have there been any improvements over this period of time?

JS: I call it evolution, though in the minds of many people Ukraine is associated with revolution. Ukraine is gradually leaving the post-soviet space and facing a big world, which was facilitated by visa-free arrangements. People realize that they are in the middle of the high global competition. We will all encounter the outflow of skilled resources to the West, but we have low-cost labor so far. Yet, this shouldn’t be our focus; we should concentrate on production efficiency instead. In general, Ukrainian business needs to become more competitive. That’s what it has to learn. It also has to learn democracy and openness. There have been significant improvements in this respect. Yet, there are already some negative examples of the companies that went public earlier. Now they realize that agricultural business is not a game, but a serious business that has to play fair and be transparent.

Q: A number of large agricultural holdings have been formed over the last years in Ukraine. Where else in the world have you seen agricultural structures similar to AgroGeneration?

JS: The development of grand-scale holdings took place in Russia, Kazakhstan, Argentina, and Brazil. In Ukraine it was fostered in the 90’s, when privatization of collective farms provided an opportunity to concentrate lands and to cooperate with banks. Yet the majority of enterprises established in those times were not successful, because they failed to combine the understanding of working conditions and specifics of former collective/state farms with challenges of the new time.

The issue of opposing interests of large agricultural holdings and farmers is raised frequently. Formation of unions is always positive. Growing wheat on, let’s say, 50 ha is ineffective from the business perspective that is why cooperatives prevail abroad. In France or in America such unions serve to establish banks, to purchase wagons, or to build elevators. Farmers need to unite in order to compete with us, agricultural holdings. That’s how they become strong, and that’s how Ukraine in particular becomes strong, because it concentrates the best land in the world; the only thing it lacks is large-scale crop farming.

Q: But the problem is that many Ukrainian farmers don’t really strive to unite...

JS: That’s true. Many don’t like it because no taxes are paid if they work in the shadow. Rules must be the same for all players, and taxation base must be extended. The state needs to put all farm businesses operating on the Ukrainian lands right. If they all work in a transparent manner, farmers will be encouraged to unite or to invest in elevators and/or transport.

Q: Where do such large agricultural holdings as AgroGeneration have better working environment – in Ukraine or elsewhere in the world?

JS: Let’s compare agricultural neighbors – the Russian Federation and Ukraine. These two countries have different mentality. The impact of collectivization is more sensed in Russia, which still keeps firm hierarchy, subordination, and obedience; that’s what makes it easier to consolidate independent farms. Besides, Russian government has always supported agriculture through subsidies, because it had financial capacity to do that. Ukraine also used to support the sector of agriculture, but it’s not able to do it now anymore. So, Ukrainian agricultural companies have to do things on their own. On the other hand, in Russia success of a company or its failure depends heavily on local authorities, and namely on the regional governor.

Q: In other words, it’s more difficult to consolidate lands in Ukraine, isn’t it?

JS: It’s not more difficult, it’s just done differently than in other countries. Dealing with land owners is a complicated job that demands attention to people and to land. In order to do it, AgroGeneration has many people on staff working with land owners – these include PR department, land specialists, and lawyers. By the way, the necessity to deal with the land owners leads to competition for land among large agricultural holdings. Now it is getting even more pressing at multiple levels – all agricultural producers are looking for investors, all of them compete for land plots or for the best workers, because many professionals are leaving abroad. Plus, there are problems with internal logistics; we feel that there is a big lack of wagons and locomotives. In this respect, the government is quite slow to help. We can rely on ourselves only. 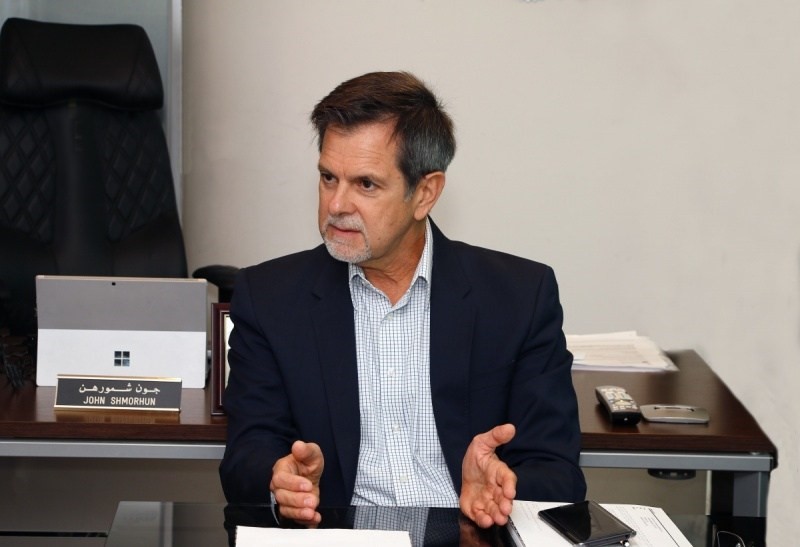 Q: Agricultural and business magazines rate you as one of the best performing holding managers. What’s your key to success?

JS: I’ve been a manager for many years and have faced situations with different degrees of complexity. Speaking of success, one has to remember what the start was, what problems have been overcome, and how one adapted to unstable environment both in the market and in the country. There are companies that feel much better than AgroGeneration on the financial side, in particular, because they obtained timely financing. Our development began with SigmaBleyzer investment fund and with Harmelia, which concentrated 70 thousand hectares in the Kharkiv region. By the end of 2013 we seized the opportunity to buy AgroGeneration, a French company which was in decline. After that we had Maidan Revolution when many banks escaped Ukraine. Fortunately, we found one bank that helped us. So we began a long-term restructuring, because along with the acquisition of AgroGeneration we integrated another 50 thousand hectares with inefficient cultivation and quite weak financial, banking, and operational systems. In 2015 we successfully finalized the restructuring and returned to normal functioning. We managed to repay all old debts of AgroGeneration, which amounted to around € 60M. In 2013 we had -20 EBITDA, and in 2015 it was +20 EBITDA. We have completely restructured the company; all we can do now is grow.

You need to know both where you start and where you go. If the company gets timely financing or access to long-term borrowings – it’s in luck. But having solid financial backup does not necessarily mean having good management. 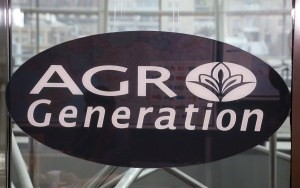 Q: What will the next steps of AgroGeneration be?

JS: We’ll keep on growing – we will expand our land bank in the West and increase storage capacities.

Q: How is the fate of lands belonging to one of the largest Ukrainian agricultural holdings decided?

JS: First of all, we consider specifics of our farms. People at locations know better their land and potential. Selection of crops and crop rotation is an internal budgeting issue.

We are establishing an R&D center where scientists and agronomists will work together. Under their guidance there will be allocated independent demonstration fields. When selecting a crop we look at its profitability and cost. Then we analyze EBITDA of every crop and decide whether we should cultivate it and whether it should be a part of our crop rotation. This is an ongoing process. Meanwhile, as they say it, we hope for the best, but prepare for the worst in terms of weather surprises. Ukraine is capable of producing 10 tons of wheat per hectare, which will grow naturally if given timely rains, fertilizers, crop protection, and enough sun for vegetation. 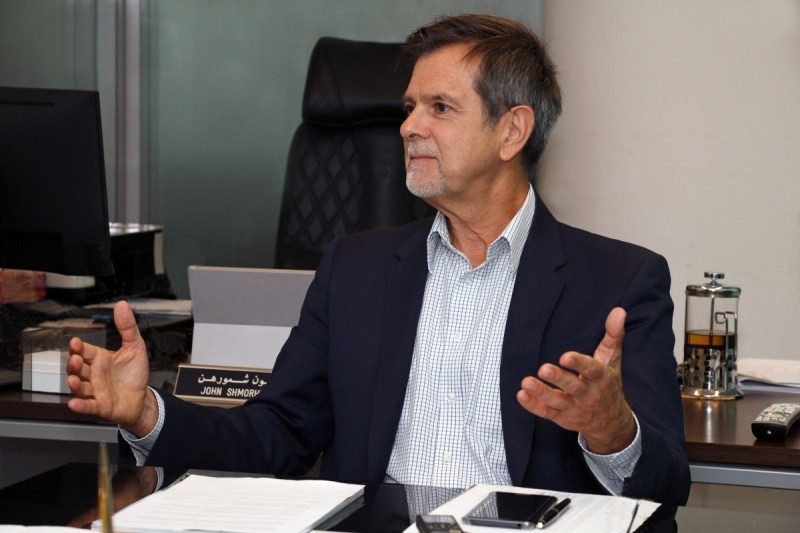 Q: Is such large agricultural holding as AgroGeneration interested in niche crops?

JS: There must be balance. We grow such niche crops as high-oleic sunflower, buckwheat, legumes (peas and chickpeas) – these are successfully cultivated in the East. Yet, because the price for peas was 280 USD/ton last year, everyone decided to sow peas this year and this led market to collapse. So, niche crops are a good thing in case of favorable market conditions. However, prices for wheat, corn, and sunflower are dictated by the world; consequently there is always mass demand for them. That is why we increase acreage under such crops year after year.

JS: When analyzing a situation, I always proceed from the assessment of market needs. In terms of oil, I am not sure that the market has a need in additional production. Therefore, I don’t see it as promising. What may be interesting for processing is soy (for soybean meal and oil) and corn (for ingredients). Anyway, before going into processing one has to give a careful study to the market situation, and that’s what we are doing.

JS: Internal market is not very reliable. First and foremost, one has to prioritize and concentrate on exports, because Ukraine’s power lies in its ability to feed the world. If we find a secondary market here – it’s a bonus. It makes sense to say that Ukraine will proceed to processing with time.

Q: How soon do you think this will happen?

JS: There is no way to tell. Free market with Canada and EU will facilitate it to certain extent. Everyone’s aware that Europe is somewhat afraid of us. I don’t believe that, for example, French farmers are ready to compete with us. 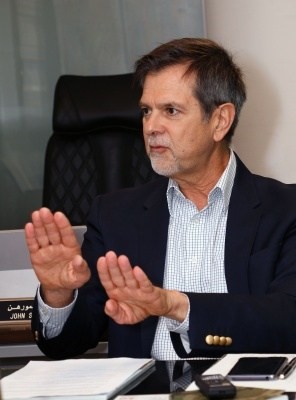 JS: All of them – Europe, Near East and Middle East, Asia and Africa. In case with the last two, logistics is a pressing issue. Everything is fine with terminals in Ukraine, they will grow, whereas internal logistics, in particular storage facilities, railway roads, or river infrastructure, is a big problem.

Q: Do you believe that rivers will work?

JS: Yes, with the support of government. No single company, even such as Nibulon, is capable of doing such grand projects, because they demand dredging and lock installation works. The government has to deal with such matters, at least partially. The same applies to roadways and railways.

Q: What do we need to attract investments in the country?

JS: Last week I was at the meeting with OPIC that begins its operations in Ukraine. It was announced that the level of investments in Ukraine is that of Georgia’s. If OPIC steps up – the number of investors will grow. Different companies are ready to invest in businesses in Ukraine. They don’t even raise such issues as corruption or other negative factors – that has been put on the back burner. The world generally anticipates economic improvement in Ukraine.

Early at the beginning of 2017 I stated that this year would be the first year of changes in the investment climate. The level of investments was way too low in 2016. This year we see interest of investment funds, solvent banks, and of the EBRD, this means that America pays attention to the economy of Ukraine. Both Americans and Europeans realize that economically successful Ukraine is good for Europe and America. My expectation is that economic support from these countries will further increase.

Q: Would an open market for land facilitate the matter?

JS: Yes, it would definitely improve the investment climate. Land moratorium will be lifted anyway. Market already senses it with the increasing prices for rent and growing competition. As always, the first step will be somewhat chaotic, but things will level up with time. In general, opening of the land market will invigorate the market. Land owners will be able to choose whether they want to sell or to rent their land. They will have options.

They say that the people are against the sale of land, but in reality people don’t trust the government. If the government becomes more open and starts talking to people and explaining necessary market procedures – everything will be fine. Authorities need to be clear about their objectives, strategies, and tools. They have to build a dialogue with the society and to renew trust in all aspects. Then Ukraine as a state will adapt to the highly competitive environment faster taking a decent place in the world. 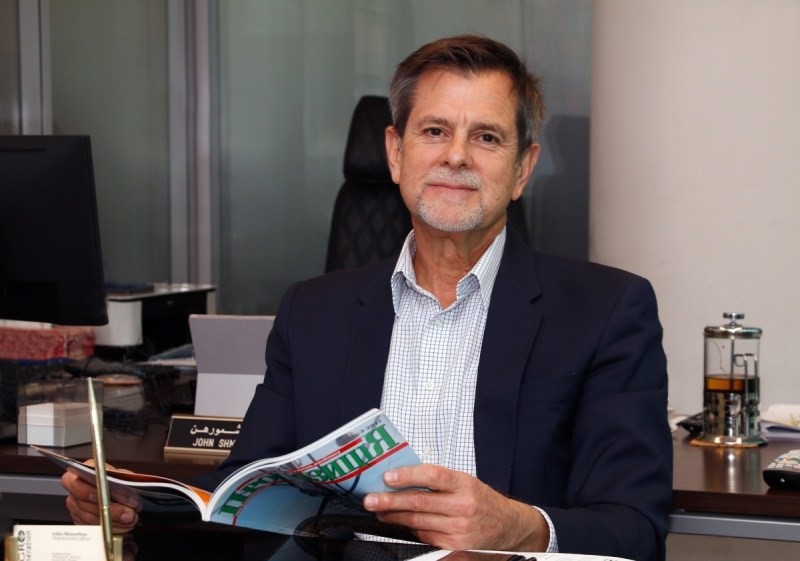