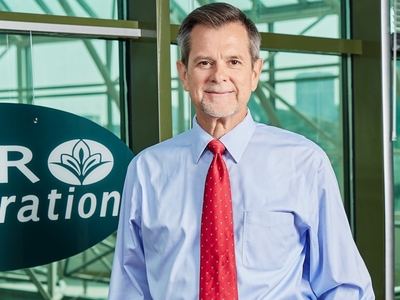 “My task as a top manager is to strengthen the company’s position on the market, raise brand awareness, boost sales, and align internal processes against the background of staff motivation.” This is how many large corporate top managers were taught to speak. They abundantly use these and similar expressions in interviews and comments for the “meet the team” sections on corporate websites. So what is this all about?

Even top managers, who have learned these phrases, have little clue about their meaning. Fortunately, our discussion today is not about them, and not about the talking heads, whose activities rather resemble window dressing for financial experts, investors, or auditors praising the corporate culture. While putting such a top manager in the front row, who among others may also be blamed for all and any unfortunate loans or costs, owners keep on managing their companies manually and at their own discretion. You won’t find such owners in our rating either.

In this issue of Landlord we address the top managers, who are at the heart of decision making, who regulate processes and, if necessary, may even get into an argument with the owner. CEOs, who are majority stakeholders, have been removed from the list.

Top managers were rated based on an expert appraisal.

We asked our experts to fill-in a questionnaire with the list of top managers from the largest agricultural and food production companies, including the transnational corporations operating in Ukraine.

The experts assessed the top managers against the 10-point grading scale by three criteria:

1. Reputation (significance and demand on the market, trust of partners).
2. Transparency (openness to mass media and quality of the provided information).
3. Business Efficiency (estimation of the company’s performance, innovations efficiency etc.)

Having processed the questionnaires, we came up with an average grade for every candidate. Thus, the rating comprised 22 top managers.

In this rating we have also analyzed the candidates’ media coverage. The research company NOKs fishes specializing in mass media and reputation analysis provided us with media postings statistics. It appeared that the top rated managers were most frequently covered by mass media.

Several years ago one of our panel juries introduced the notion of “Change Agents”. It’s quite difficult to comprehend the meaning of this notion without knowing specifics of Ukrainian agriculture. That’s the industry where the independence of top managers, if any, is especially noticeable and valued. We did our best to decipher this notion not only in our rating, but also in all materials of the October issue.

John Shmorhun Rated the Second among the Best-Performing Top-Managers in Agriculture.

John Shmorhun has spent more than 25 years in the Ukrainian agribusiness. For 18 years he has been managing DuPont’s agricultural business both in Ukraine and Russia. Mr. Shmorhun was put in charge of the agricultural holding in 2013, after the merger of Harmelia with AgroGeneration. His main task was to minimize costs, which is why he introduced the ERP system (Lean 6 Sigma) allowing to plan resources. The efficiency of AgroGeneration farms and employees is assessed on the basis of KPIs (Key performance Indicators). They help forecast the company’s development in the long run and define personnel’s responsibility zones. Mr. Shmorhun prefers the matrix-based management style, when the team is fully responsible for its actions, while everyone knows who the leader is. For John Shmorhun a model of a manager is an American Commodore Perry, who once opened the world for him. At the beginning of the year AgroGeneration’s management outlined the company’s work and development path for the next 10 years. Besides, the company restructured its debt through the issuance of convertible bonds.